How to Become an Entrepreneur with Your Finances

When it comes to your business, who do you rely on to help it grow? As the founder of the company, you’re the one in charge of its development and success. Even if you didn’t know what you were doing at first, you learned what you had to so that your business could thrive.

So, are you taking the same approach to your finances?

If not, then you’re like most entrepreneurs. As far as your business is concerned, you know how to achieve success and grow wealth. However, for your money, chances are you’re trusting someone else to manage it.

Here at the 6 to 7 Figures Podcast, we are all about helping entrepreneurs grow their companies so that they can amass substantial wealth without having to work so hard for it. Buck Joffrey, the host of the Wealth Formula Podcast, shares his secrets to managing one’s personal wealth, rather than having some advisor take care of it for you.

If you were to ask 100 people the “right” way to invest money, the vast majority of them would say to put it in stocks, bonds, and mutual funds. That’s what all the advisors say, and that’s how people save for retirement, so it must be good, right?

Well, if you’re the type of person who plans on working in an office for 40 years and then retiring at 68, the conventional method of investing is probably okay. However, as an entrepreneur, why are you following the traditional roadmap to wealth management?

The primary issue with the financial industry is that these institutions are making money off of you, the investor. So, of course, they are going to recommend putting funds into accounts that will earn interest for them. As with so many sources of conventional wisdom, you have to look at who is spouting it and whether they have a vested interest in saying it.

Simply put, don’t listen to others when figuring out how to invest your money. Finding the right path is similar to starting your business. You succeeded there, so you can do the same here.

Asset Accrual is Better Than a Magic Number

Another reason why so many people prefer the safe investment strategy is that they are trying to reach a specific number. According to the experts, you need to have enough to live off of four-percent of your holdings every year until you die. So, once you reach that point, you’re done investing.

Unfortunately, that advice is both outdated and dangerous, particularly for entrepreneurs. If you’ve made a ton of money in business, why are you so conservative with your money? Now is the time to take risks and accrue more assets, not just a diverse portfolio.

For Buck, there is no magic number. By obtaining more and more properties, he is ensuring lasting success, no matter how much money he has in the bank. If push comes to shove, he can sell his assets and still be well off. Currently, Buck has over $250 million with no plans of slowing down.

Learn About Investing – It’s Not That Hard

One line that Buck says is, “why trust someone who makes less money than you with your finances?” If you’re making six to seven figures annually, why listen to a guy who makes a third of that?

Buck also knows about learning on the fly. Before he got into investing, he was a neurosurgeon. Talk about a sharp left turn. After dedicating so many years of his life to becoming a doctor, he decided that the smart move was real estate. He didn’t go to school for it, and he doesn’t hold any certificates or degrees – he just learned as he went.

If you want to hear more from Buck, check out the latest episode of the 6 to 7 Figures Podcast, or you can listen to Buck on his podcast, the Wealth Formula. You can also find him online at wealthformula.com. 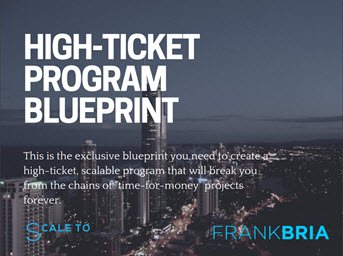